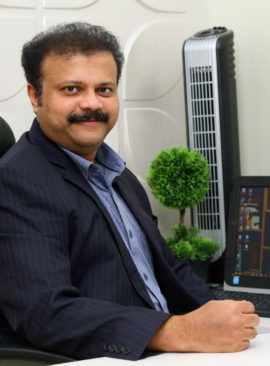 Dr. A Selvarajakumar graduated from Rajah Muthiah medical college , Annamalai university and completed MS General surgery at Sri Ramachandra Medical College and Research Institute in 2001. He worked as senior health officer in general surgery department under Dr. M R Reddy FRCS at Vijaya hospital from 1993-1995 and in madras institute of urology under Prof.DR.C. Chinnasami FRCS ,Mch from 1995-1997. He worked as junior surgeon under Prof.Dr.N.Rangabashiyam FRCS from 1997-2001. He is a consultant and general laparoscopic surgeon at Priya nursing home ,Chennai from 2004- till date and also in Aakash hospital from 2005-till date. He regularly conducts CME’S at Aakash hospital to increase the knowledge , skills and professional performance to give better services to the patients.He also conducts regular camps for rural people and has helped a lot for low economic status people during the natural calamities.

JUST MAKE AN APPOINMENT & YOURE DONE

Hi there , we are here to help you
How can we help you ?